Best Practices You Should Embrace As A Developer. 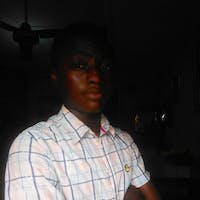 Many developers who have been coding for several years find it hard to cope. Being a developer also means you should have good principles and practices.

What are Good practices ? A best practice is a method or technique that has been generally accepted as superior to any alternatives because it produces results that are superior to those achieved by other means or because it has become a standard way of doing things.

In terms of a developer, some of them aid in making your work flow much easier. Let's jump right to it.

Stating healthy is very crucial to developers. As a developer, your health matters first and foremost. Never risk your health because it is what keeps you going. I might not be a medical doctor, but I do know that spending lots of time on your PC without resting can lead to some serious illness which you might not want.

Remember an apple a day keeps the doctor away. You can stay healthy by regularly going to the gym , walking around or maybe get some sleep.

Refactoring is the process of restructuring existing computer code and changing the factoring without changing its external behavior. Refactoring is intended to improve the design and structure of the code. This is a technique that have been adapted by many developers. Maybe you should too.

Writing clean code is a best practice you should know. What are clean codes ? Clean codes are codes that have good structure, easy to read and also proper comments.

This is very handy because clean codes provide you with flexibility and makes it very easier for any developers who looks at your code.

The urge to learn a technology just because it is new and shiny doesn't make you a good developer. I find this case common among lot of developers who jump from one language to another just because of its hype and popularity. Sometimes it might not be new but can be popular which is partially the same.

Lots of developers fail to understand the fact that it takes time to grasp and understand the concept of a new technology. Rushing things like that wouldn't do you any good. Take a look at the recent technology released named Deno, the hype was too much that most developers left Node js just so that they could learn it since it was a new kid on the block.

Just because it is new doesn't mean it is cool.

Being consistent is the key to a good developer. It involves you doing something in a way that matches your style or how comfortable you are. You can't just write codes that don't match or work with each other .

If you are into open source contribution, you should know that you have to follow some certain steps to ensure that what you wish to contribute works together with the project.

There are lots of places to ask questions on the internet, some which are StackOverFlow, Hashnode , Dev.to and others . If you still don't know how to ask questions, use Google.

Communities are a great way of building better communication between developers. Being among tech communities like Facebook Developer Circles or Hashnode are part of the ways of building yourself. They help you by impacting you with knowledge and plus you will get to meet senior developers who will go a long way to help you with your career.

I have always been part of building the tech community especially in my area. Throughout the years, I have met a lot of people who have been into serious coding and have advised me a lot even till this day.

Open source seems to be the way developers get to access to lot of free tools and technologies. Imagine if open source wasn't a thing, you will be stuck trying to get to use most of the tools you use nowadays. What better way to be a developer than contribute to open source project, they build your skills and also mark your efforts towards the project.

It is quite easy if you wish to contribute to opensource projects and if you wish to learn more. Just stay tuned and follow me for some of my next articles.

What a long way, you have all gone to being a good developers. I hope you loved this article and also try it out. 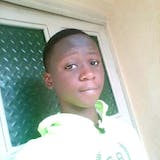 I am Moralist Festus. I love writing JavaScript and Python, a Software Developer and Exploring Data Analysts in Tech. Open Source Developer

I love your article. It's indeed great. Keep it up!

Wow, I love the tips you shared in this article. 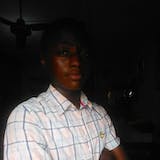 Great articles love it good work keep it up Walgreenslistens